The exhibit plan encircles the centrally located remains of the CSS Neuse, beginning with the introductory display located along the east wall of the exhibit hall, flowing counterclockwise as the visitor enters to the right from the building lobby.

Making of a Gunboat

This section details the development and design of ironclad ships in North Carolina during the Civil War, and includes text panels, historic images and plans, artifacts, and a scale model of the Neuse.

Construction in White Hall and Outfitting in Kinston

These displays contain extensive collections of related artifacts recovered with the ship. This area also includes a large piece of the ship’s casemate displayed along with iron plating and large ship components.

The visitor will next encounter a full-scale replica of a portion of the Neuse’s gun deck and casemate, situated along the north wall of the exhibit hall. This display allows the visitor to experience the casemate interior, and illustrates the materials and construction of the casemate. This display also contains a replica 6.4” Brooke rifled cannon, mounted and moveable for staff demonstrations.

Ship’s Wheel and Life on the CSS Neuse

This exhibit covers the ship’s weapons, power, and steering. This section includes an interactive steering display where the visitor can turn a ship’s wheel and see how a system of pulleys moved the rudder of the ship. The visitor will next reach displays about the ship’s crew and officers, including artifact displays of uniforms and personal equipment, crew quarters, duties, food and food preparation, and forms of entertainment while stationed with the Neuse.

Final Days of the CSS Neuse

This section ends with the final days and destruction of the boat by the crew as they evacuated Kinston.

Recovery of the Gunboat

This section brings the visitor into the early 1960s when renewed interest in the Neuse led to salvage attempts, and ultimately the recovery of the ship’s remains from the Neuse River.

These displays include facades of representative local buildings, and illustrate wartime life in Kinston through eye-witness accounts and artifact displays of period domestic artifacts. These displays include clothing, textiles, merchandise and tools, and end with religion and mourning practices during the war.

This exhibit highlights Union General John G. Foster’s raid through eastern North Carolina, December 11-20, 1862, during which the First Battle of Kinston, Battle of Whitehall, and Battle of Goldsboro Bridge were fought. The new exhibit highlights the entire campaign and the men who fought in it through graphic panels and unique artifacts from the museum’s collection. 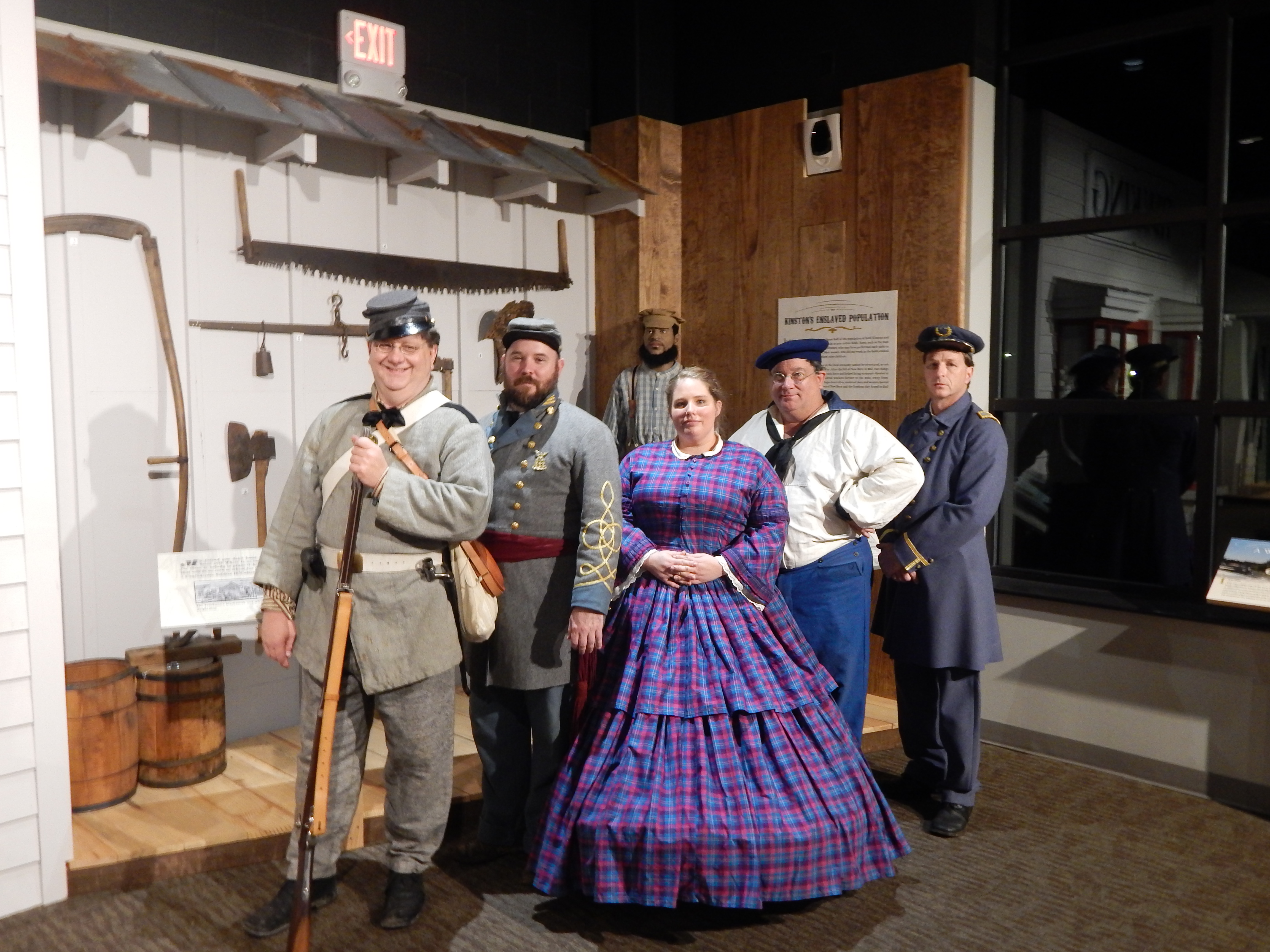 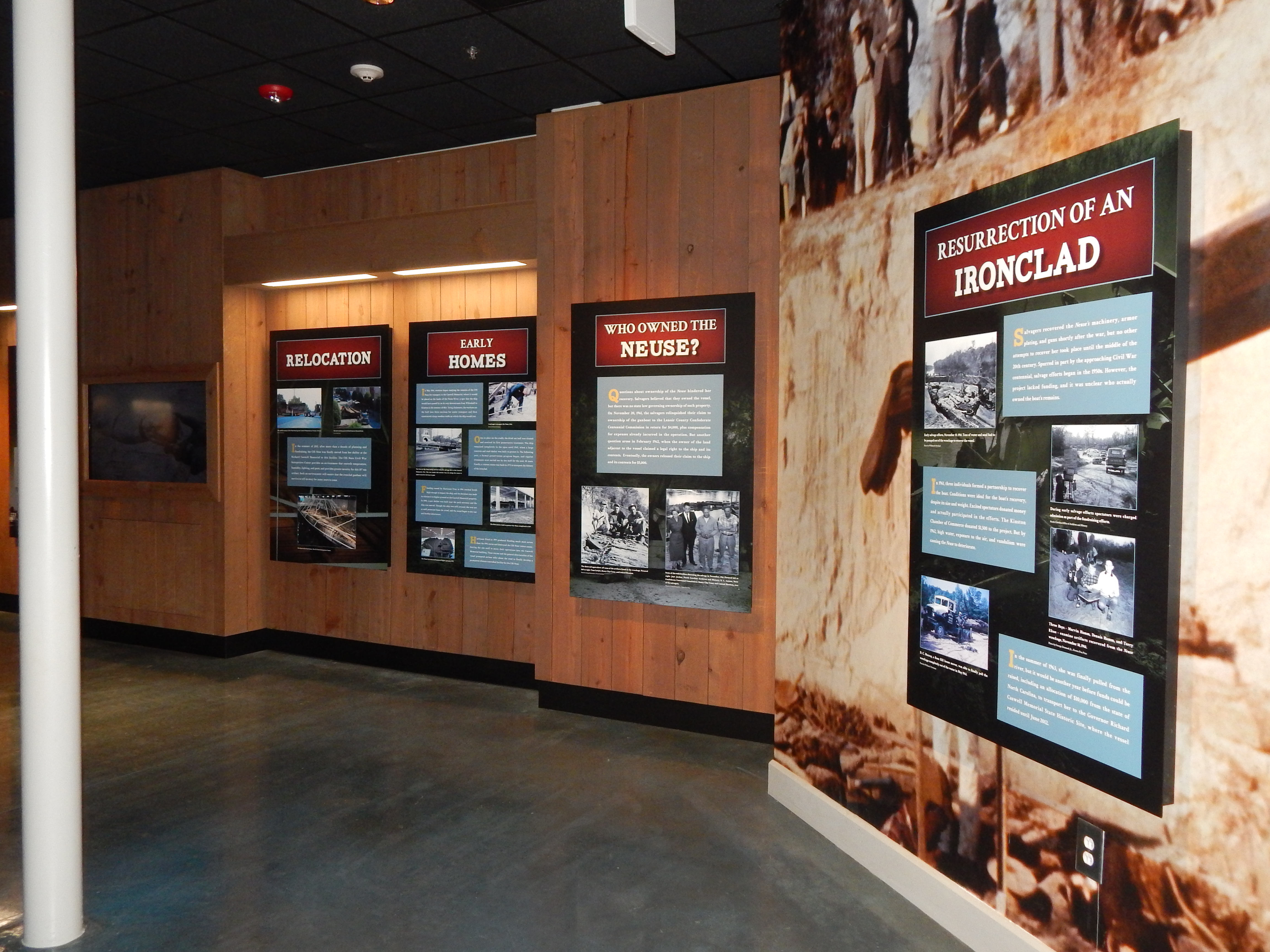 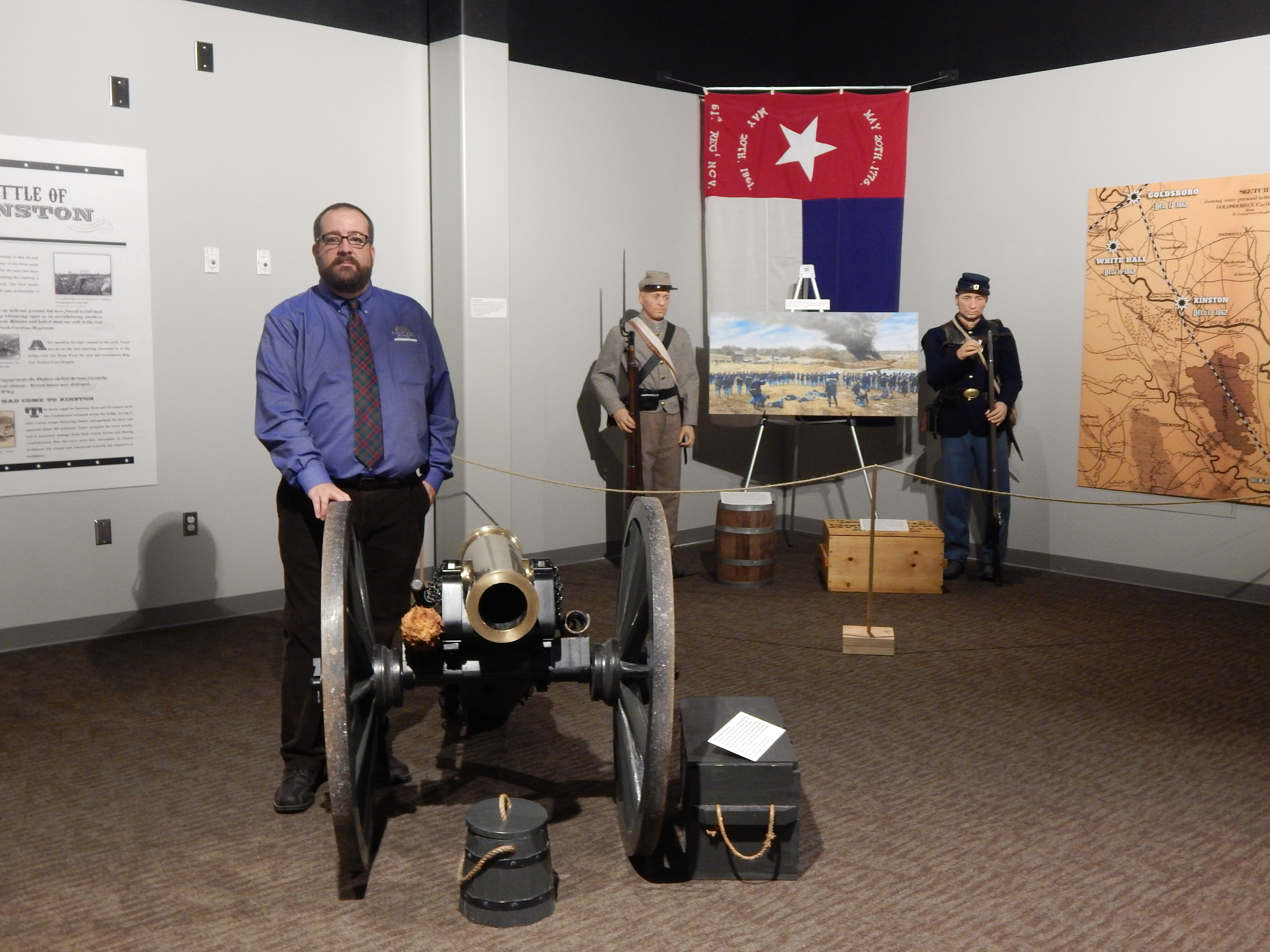 The CSS Neuse Civil War Interpretive Center has a history of partnering with schools to help educate the youth in our area. We have served schools from several North Carolina counties including: Lenoir, Wayne, Craven, Greene, and Jones. With a guided tour of the CSS Neuse Civil War Interpretive Center, students will see artifacts, experience stories, and step into environments that reveal culture and diversity, historic perspectives, geographic relationships, economics and development, as well as technological influences in the nineteenth century. Students are invited to approach North Carolina’s history in such a way that arouses curiosity, stresses critical thinking and connects the past to the present.

When you are ready to schedule your tour, call the museum and speak with Rachel at (252) 526-9600 ext. 222. We require a minimum of two week notice for guided group tours, however, we will try and work with all our groups. Have a few dates selected as options or at least a first and second choice. Tours of the museum are offered Tuesday through Saturday 9:30 a.m. through 3:00 p.m. When scheduling a tour, teachers can choose from a few options. The tour times listed below are approximate. Please allow for adequate travel and tour times.

Groups arriving 20 or more minutes after their scheduled tour time may lose the opportunity for a guided tour. All groups will begin with watching a ten-minute film.

At the teacher’s discretion, students can shop in our gift shop, located in the museum. Items that reflect the history and culture of North Carolina are available and many popular items for students including books, 19th century toys, stuffed animals, and Civil War documents. Teachers should allow an additional 20 minutes for shopping, which is not included in the tour times above. When making your reservation, please be prepared to let the museum know whether the group will shop. We can also send you gift shop forms in advance and fill the orders while your group is on tour.

A maximum of 200 students can tour at a time. The total number of students will be divided equally into groups. This means that classes may need to be split up or combined to accommodate tour procedures. Chaperones are needed for each group at a ratio of 1 chaperone for every 10 students. Chaperones should remain with their group throughout the tour. The chaperone’s role is to enhance the positive atmosphere for learning on tour by encouraging attentiveness, participation, and appropriate behavior.